Rasa wadas are the long time super stars of the South Indian cuisine. However, given the fame of the more commonly known sambaar wada, not many have seen a rasa wada, let alone tasted one. Not at least, until now. All those enthralled by rasa wadas eagerly anticipated this image, clicked by the Extra Hungry Tamilians, aka EHT. And, it does not disappoint; a deep black well in the center of a bright ring of piping hot milagu rasam. 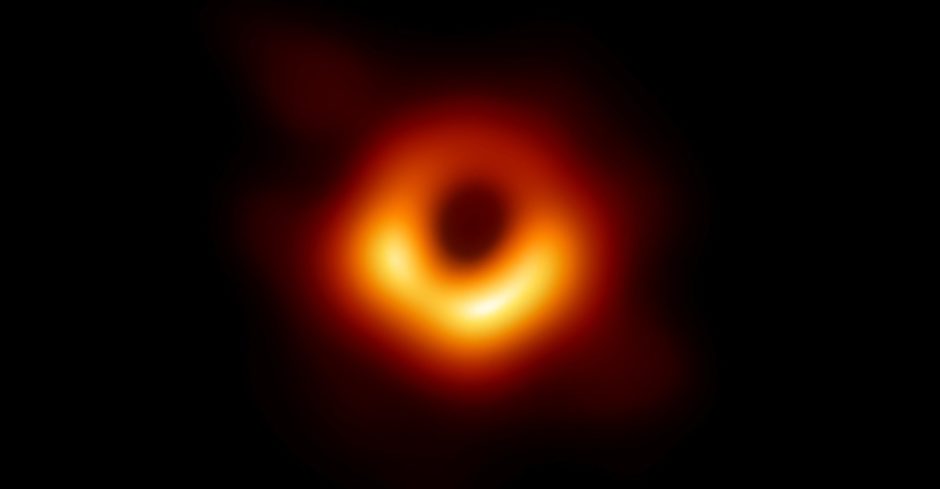 ‘As I like to say, it’s never a good idea to bet against the all-bright ‘Einstein’”, confessed a member of the EHT. As stunning and groundbreaking as this might be, this project is not just about taking on a challenge. It is an unprecedented test of whether all-bright ‘Einstein’ Ramaswamy Iyer’s theory of food and taste will hold up to extreme circumstances. Also, it looks closer at the role of rasa wada in our universe.

After a night of extreme spiritual debauchery, when you are at your ravenous worst and approach the restaurant selling rasa wada, that’s the point at which nothing can escape your attention – that’s called the ‘event horizon’. Its aroma, as it wafts through the air, immediately swallows any self-respecting Tamilian wandering close, within a certain radius of the rasa wada. No one can escape it.

Many people were not impressed by the slight blurriness of the image. The steam emanating from the piping hot rasam was probably a cause of the blurriness. However, there is so much more to this image than that meets the eye. Some members of the EHT walked me through a few of the finer aspects of the image, this helped me appreciate how mind-blowing it really is.

First, notice the black area – termed singularity – and the light we cannot see.

Let’s talk a little more about the dark spot, the hole in the center. The first thing to know is that while, the hole, may seem like an object, it isn’t one. There may be some milagu rasam in that dark spot, but we can’t see it. But how? That’s because the center of the medu wada is where it has collapsed in on itself, forming a single point, a hole, the very center of the wada. That single point means so much to a medu wada that many wada batter companies have collapsed trying to get it right. Without it, there is no meaning to the rasa wada or even any form of medu wada for that matter. A member of the EHT explains, while frying the medu wada, if the layers of batter on the inner circumference of the hole gets too close to each other, the ‘black hole’ just swallows it up, removing all traces of the medu wada from the universe. Because, when that happens it is no longer a medu wada but something else.

Second, notice the area of the light, as we can see it.

In this image, look at the ring surrounding the dark center. You may think that this is a ring of rasam or the innermost edge represents the medu wada, it actually isn’t. That boundary, between the medu wada and the rasam is where both mingle with each other. The crispy medu wada crumbles and falls into the rasam and it soaks in the milagu rasam. It is a kind of culinary primordial soup, from which the whole concept of rasa wada originated. Yes, it may be difficult to get our heads around this. The two states in which it exists – the crispness of the medu wada and rasam soaked softness of the same. The wada and the rasam wrap around each other, the space where each of their tastes are warped and they come together as one perfect rasa wada.

Unlike the commonly found sambaar wada, rasa wadas are some of the strangest things in our universe. They can be many things at the same time, filling as a meal to some and for others it may seem like an appetizer. And they push our understanding of the South Indian cuisine to its extreme. We should hope to see more of them. It’s with images like these that members of the EHT, Extra Hungry Tamilians, hope to uncover and share the secrets from the universe of South Indian cuisine.