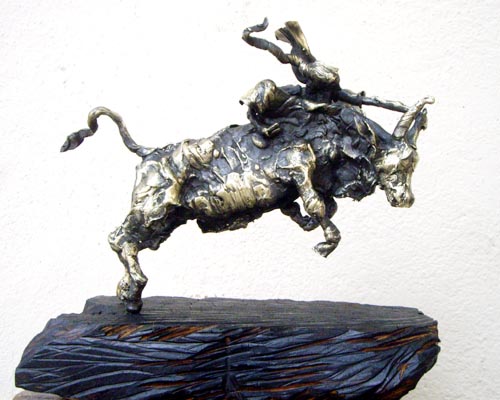 Jallikattu is good, at least the debate over it is.

Spanish bull run romanced in Zindagi Na Milegi Dobara is phoren hence sexy, but Jallikattu, a rustic sport from the hinterlands remains ensconced within a vernacular moat. The headlines and our collective national narrative is dominated by Bollywood, cow belt politics and north Indian culture. All the southern states are conveniently rolled into one common dosa batter called madarasi. The culture of the Kannadiga or the Gult or the Mallu be damned – all subsumed in one single broad brush stroke. Bollywood and the likes of Mehmood and Johnny Lever did us no favor with their over-the-top caricatures of the madarasi – exaggerated accents, comical lungi and white stripes on the forehead. Chennai Express, a movie as recent as 2013, continued the farce with Durgeshwara azhaga-gudugudu as he is eloquently called by Rahul – a Naarth of the Vindhyas boy played by Shahrukh.

While the cultural back story of Lohri or Karwa Chauth or the gangajal bearing Kawar may be part of the national press narrative, they remain silent and uninformed about bhogi or kanu Pongal or the mayil kavadi’s ardor climbing the temple steps in Palani. There is growing interest in North East culture, it does seem quaint, exotic and festivals like the Hornbill festival held in strangely distant Imphal pique interest. But in contrast Tamil Nadu and tamizh festivals suffer the consequences of the madarasi broad brush and the tragedy of being too close by, too common and thus ignored.

The jallikattu debate is hence good news. Journalists and the public now peering southwards over the Vindhyas, are discovering that there is more to being a madarasi than idli-dosa. The defiance of Supreme Court’s orders in Madurai, Thalaivar taking a stand, opportunistic politics and the digital outrage on Facebook is making it to national TV and Indians including Tamils living abroad are rediscovering more about tamizh culture. Discovering that jallikatttu is over four thousand years old, what the name means and the significance of Koyil Kaalai.

The jallikattu debate is not a case for cultural chauvinism but a story to introspect, there are far too many stories about India waiting to be rediscovered by us Indians. Adding to the absence in national media, is the way Indians travel. The Indian tourist travels widely, but it is mostly on the oft beaten track, where we cast a frigid gaze at historical monuments, our interest in its back story an afterthought. We remain curiously not so curious. We rush from sunrise point to honeymoon point, crossing off the tourist attraction checklist, taking selfies to provide evidence of our travels on Facebook.

So the jallikattu debate is good, the bulls have gored their way to national television, telling Indians about Pongal, Tamil Nadu’s Uttarayana celebrations beyond the kite flying, Lohri and Makar Sankaranti.  So whichever side of the debate you may be on, stay curious to discover more.